The works on paper hold a special place in the oeuvre of Joris Ghekiere. Early 90’s some drawings featured in a solo show in AD Gallery in Ostend. In the same city Ghekiere presented a series of paintings with Chinese ink on rice paper in the Salon Blanc in 2015. And the Pocket Room Antwerp showed in 2008 small colorful abstract patterns painted on paper. A corpus of published works on paper has been researched for an exhibition and catalogue in the summer of 2022 at MuZee, Ostend. But beside these exhibited drawings, there are still a lot of unpublished works on paper.

The unpublished drawings were ‘discovered’ in the last months of the artist’s life, when he decided to sign and photograph them all. During his artistic career these drawings and works on paper were kept in a cabinet in the hallway to the atelier. They span his entire career, beginning in the late seventies up until the last year of his life. In this incredible diverse group of works , a whole range of techniques and materials, and the evolution of style can be explored up close. Since every phase of the oeuvre is represented, this corpus offers a unique summary of Ghekiere’s artistic production.

With more than 600 works on paper, this cabinet of drawings holds an important place in the oeuvre. The question thus arises: why did Ghekiere never show these works? The answer might be quite simple: because they made up his private laboratory. These works on paper are often more personal and intimate than the monumental oil paintings on canvas.

Quite a lot of these works were made while Ghekiere was traveling, when paper was a substitute for canvas. So this constitutes his ‘oeuvre on the move’. A remarkable and coherent group of 200 drawings were made during a one year long journey through Asia in 1990-91. Ghekiere travelled with Inge Henneman (who would later become his wife) to the Philippines, China, Pakistan, India, Japan with some stopoffs in other countries. In hindsight, this inspiring Asia Tour had a lasting impact on Ghekiere’s style and point of view as an artist. Another important group in this cabinet consists of drawings with a direct link to the paintings. Next to stylistic or thematic affinities with the oil paintings, one can distinguish detailed preparatory studies for specific paintings. In some sketches made in pencil or ball pen, the artist is searching for motifs or compositions for his paintings, but also preparing installations and exhibition scenography, sometimes combining drawing with notes and short texts. Since Ghekiere hardly ever wrote about his own work, these drawings and scribbles become a valuable source of research on the oeuvre.

Even though these works on paper kept in the studio, away from public exposure, their value can’t be underestimated as they provide a glimpse into the way the artist worked and thought. 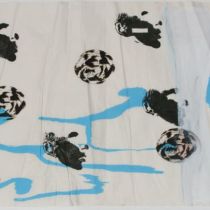 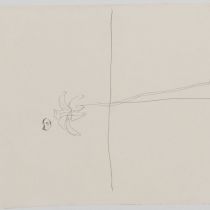 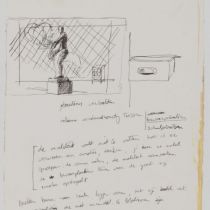 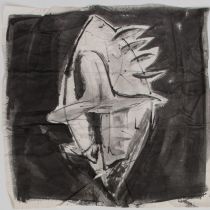 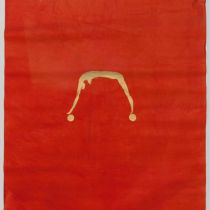 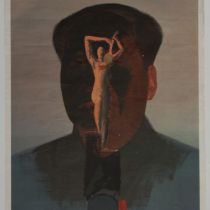 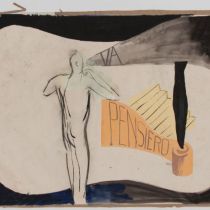 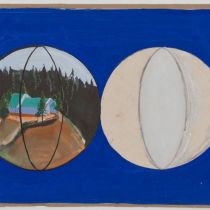 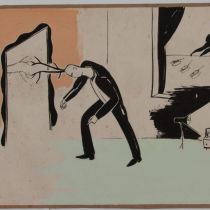 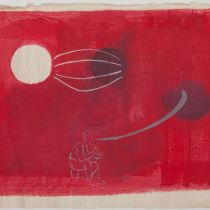 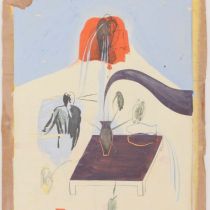 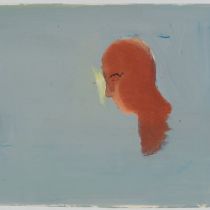 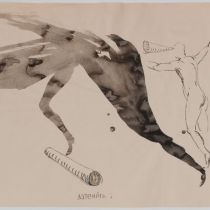 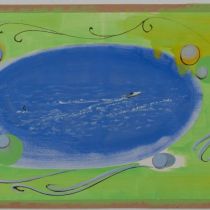 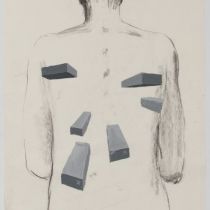 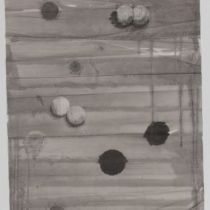 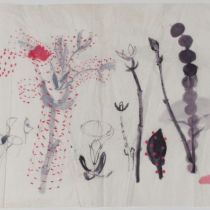 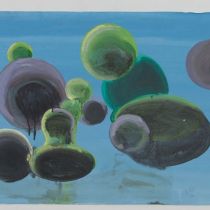 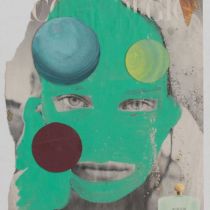 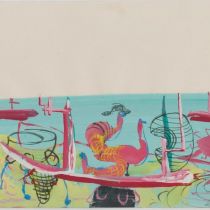 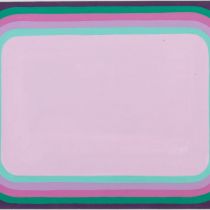 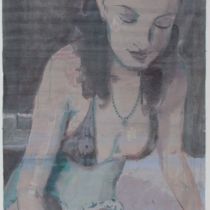 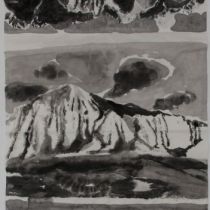 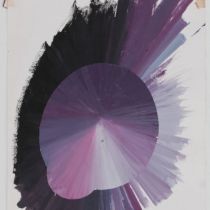 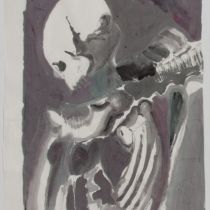 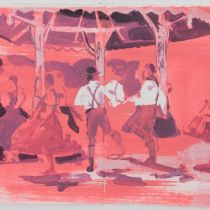 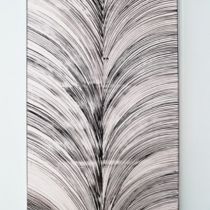